We have years of experience caring for families, from all walks of life. Each family comes to us because they know we are leaders in our profession, dedicated to excellence in service, and have the highest integrity.

Purdy Funeral Services has been a vital care-giving member of the surrounding community for well over 136 years. Our staff carries on the traditions begun so long ago, however we pride ourselves on not being limited by tradition. Many of our services are progressively modern.

Whether you seek the familiar traditional service, or wish to take a more unique, modern approach, we assure you that our driving force has been, and will continue to be dignified, personal and quality service. 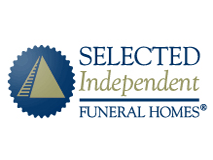 We're Proud to be Independent

We are proud to be a member of Selected Independent Funeral Homes (SIFH), an international association of independent funeral directors who have met and continue to maintain exacting standards of funeral service. Membership in SIFH is by invitation only, and is extended only after a thorough evaluation of character, service, performance, and facilities. In acceptance of our responsibilities, and as a condition of our membership in SIFH, we affirm the highest standards of good funeral practice.

Don is a member of First Parish Church, Congregational. He is the Past President and Chairman of the Dover United Way, and he served as former Director of the Dover Rotary Club, where he was Past District Chairman, a Paul Harris Fellow, and Rotarian of the Year. He is also the former Director of Stratford Hospice, Dover District Nursing, Seacoast United Way, Great Bay School and Training Center, the Dover Chamber of Commerce, and the Dover Ice & Tennis Arena (where he served as a youth hockey coach). He is also a member of the Power Squadron.

In his spare time, Don enjoys hunting, fishing, snowmobiling, and boating/biking along the Maine and New Hampshire coastline. He is proud that his job allows him to help people during a difficult time in their lives. Don and his wife Margaret "Peggy" have 2 children, Stephen and Stephanie (Purdy) Nossiff.

Stephen is a member of First Parish Church in Dover. In his spare time, he enjoys snowmobiling, flying, boating, hunting, and fishing and has recently been competing in natural bodybuilding competitions throughout New England. He is also a member of the Sky Haven Flying Club in Rochester. Stephen and his wife Caroline have three Children; Nicholas, Madison and Cameron and one dog, Digger.